This site is sponsored by Save Nosey NOW! Facebook group and Save Nosey Now, Inc., a nonprofit corporation in the state of Florida.

Our mission is to build on the inspiration of one elephant to encourage advocacy for all captive elephants.

An effort to help Nosey, an abused and neglected circus elephant owned by a small circus family in Florida, was the catalyst for Save Nosey Now’s simple beginning. In 2014, two Nosey advocates began a conversation that led to a Call-In Action for Nosey event on Facebook. They asked fellow advocates to contact the USDA and urge them to refuse licensure for Nosey’s keeper. In spite of many calls, faxes, emails, and letters, the license was granted, and so it was decided to continue the work by starting a Facebook Group. Save Nosey NOW! was born.

Since 2014, the Save Nosey NOW! Facebook group has grown significantly. In June 2015, we organized Save Nosey NOW! We Are Her Voice, a peaceful demonstration at the USDA in Washington, DC. People from all over the country gathered to protest renewal of Nosey’s owner’s license and to urge the USDA to confiscate Nosey. In January 2016, we hosted the successful Nosey Summit, which brought together major advocacy organizations, including PETA, Animal Defenders International, the Animal Legal Defense Fund, CompassionWorks International, and In Defense of Animals, to share and strategize actions for Nosey. In July we launched Nosey’s Ad Campaign to tell her story in local newspapers where she was performing. Working with other anti-circus advocates, we were also successful in encouraging venues to cancel Nosey’s appearances. In order to expand our impact on the lives of captive elephants, Save Nosey Now, Inc. was registered an a nonprofit corporation (https://bit.ly/2MEB68E) in Florida in September, 2019.

In November 2017, our hard work paid off when Nosey was discovered chained and standing in her own waste without food and water in Lawrence County, Alabama. Advocates found Save Nosey NOW in a Google search and asked for help. Nosey was seized by the county Animal Control department and sent to The Elephant Sanctuary in Tennessee for safekeeping and medical treatment. A judge in that county ruled in January, 2018 that Nosey would be remanded to the Animal Control Officer in Lawrence County who was in favor of leaving Nosey permanently in sanctuary.

The former owners of Nosey filed an appeal to this ruling which was dismissed in October, 2019.  They were also charged with criminal animal cruelty.

In December, 2020, Lawrence County officials discharged Nosey from their possession. The Elephant Sanctuary in Tennessee became the lawful owners of Nosey.

We never gave up on Nosey and won’t give up on other captive elephants. Our work will continue as long as any elephant is forced to perform and give rides or live an unnatural life for human entertainment. We will take all actions possible until they are free. You are welcome to join us!

How You Can Help 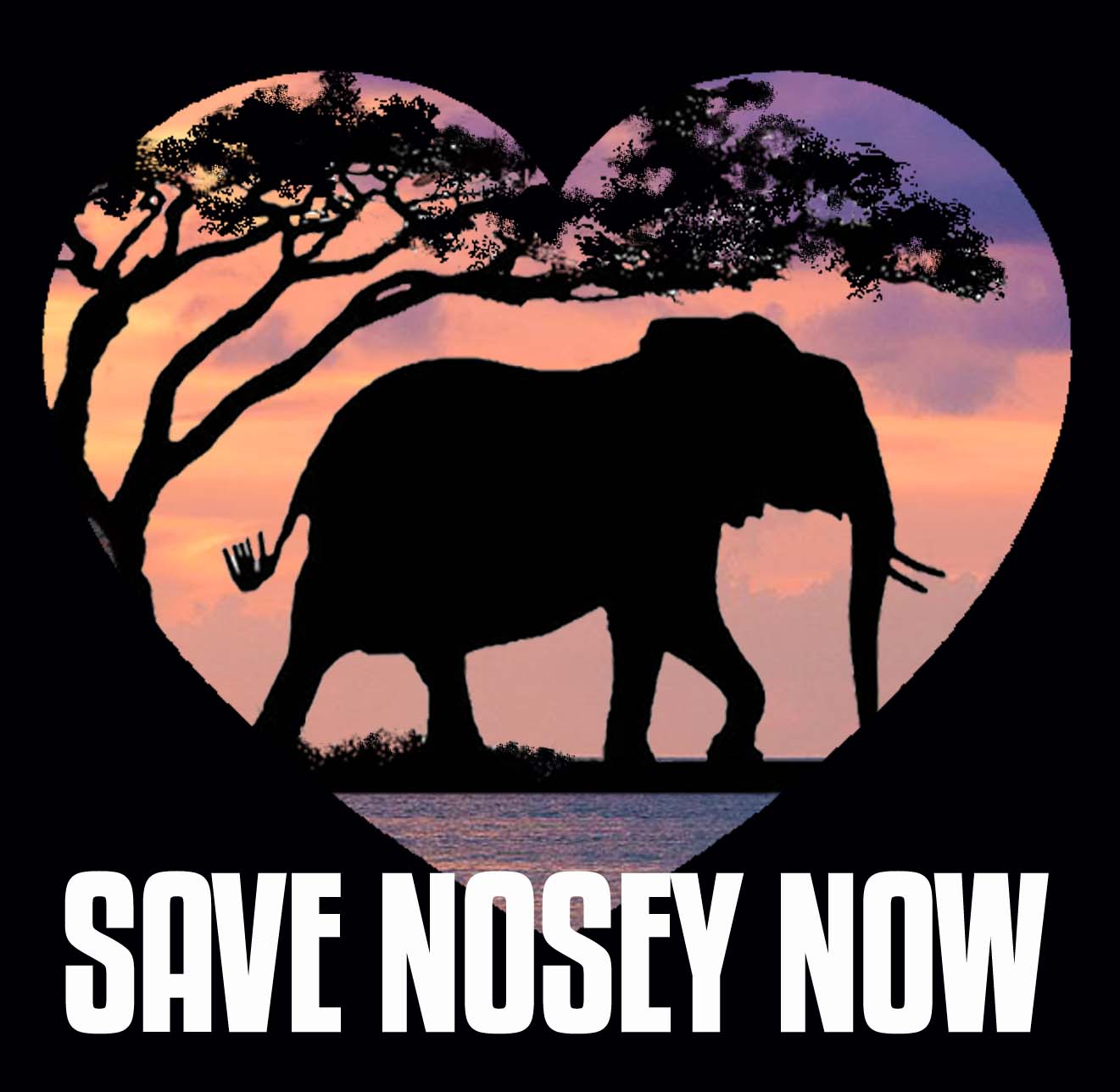