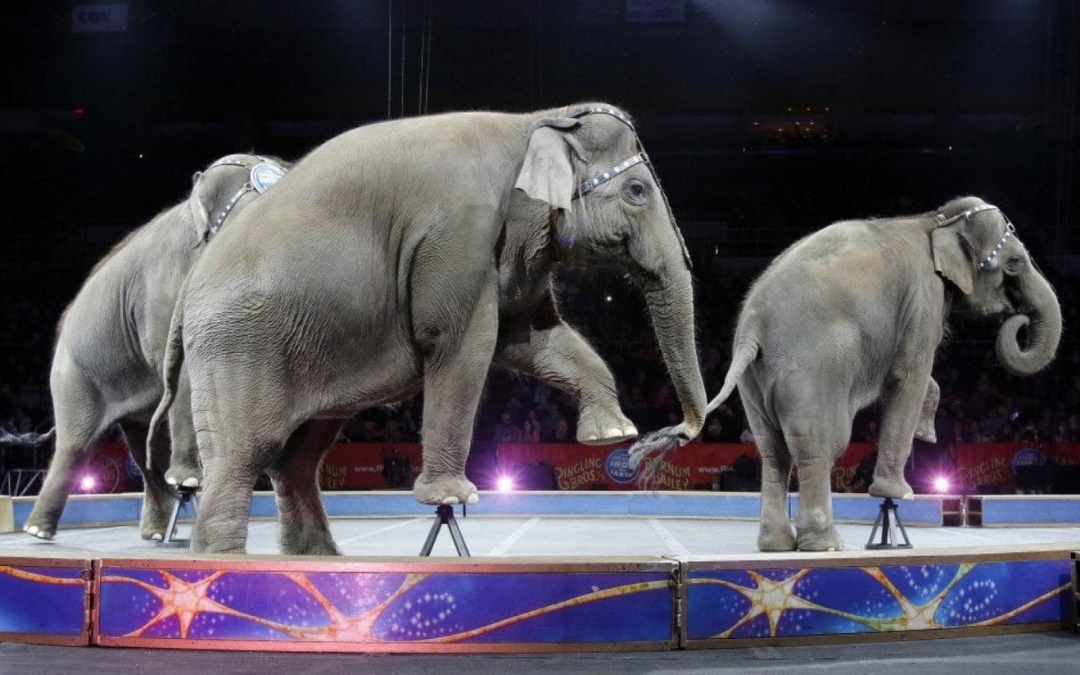 Elephants at the now defunct Ringling Bros. and Barnum & Bailey circus. Performances such as this continue throughout the country today. (Bill Sikes/AP)

As a Florida resident, I am constantly amazed by the response I often get when I tell people that Garden Brothers Circus is exhibiting Carson and Barnes elephants all over the state of Florida in their own backyards. Their faces scrunch up with a confused look followed by a quizzical statement like, “Huh? END_OF_DOCUMENT_TOKEN_TO_BE_REPLACED 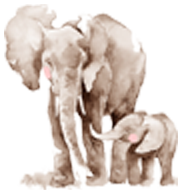 Poem for All Captured, Abused and Mistreated Elephants: What Would You Do if You Knew …

That I was ripped from family when I was just small

Lassoed with ropes and dragged away in a cloud of dust

As my mother cried out with such agony

That you could hear her heart shattering into a million pieces

She tried to save me with all of her might

Swinging her trunk violently and charging at the capturers

But with their whips, and ropes, and weapons, and trucks

She was overpowered and helpless to stop the kidnapping

“Mama!” I cried out desperately after her

This would be the last time I ever saw her

Frightened, confused, and alone, I had no idea what was going to happen to me next

And all of this before my first birthday

That I was forced into a wooden cage

So tight the wooden beams scraped my skin

For the next two days

As men took turns beating me with clubs and hooks

Driving the pointed metal into my skull

And striking me in my most sensitive parts

My own blood stinging my eyes and blinding me

From seeing what blow was coming next

But my pleas fell on deaf ears

As I tried to understand what I had done wrong

To deserve such a horrible punishment

That I desperately struggled

To stay strong as they hit my trunk

My most sensitive body part

And it hung lifelessly in front of me

But the pain was too great

I was no match for their weapons and relentless torture

And after two days of agony

My swollen legs no longer able to hold me up

My eyes glazed over and my will to live was gone

From that day on, I would no longer be the elephant I once was

No, that was no longer going to be my life

And that was no longer going to be me

My world was dark now

I was a slave and viewed as nothing more than property

Without remorse and without conscience

That for the next several months

I was forced to learn tricks for hours without breaks

Riding, and painting, and standing on my hind legs

The bull hook always in view

And after hours without water and food

Not even a second passed by

Until I once again rose to my feet

To do another several hours of training

My reward for a long day of work

Being shackled with heavy chains around both of my front feet

I would not be given dinner tonight

Punishment for falling down during my training

That I was kept in these shackles for hours, days

Only getting breaks from my chained, pathetic existence

When my capturers needed me to perform

Once I had made them enough money

My shackles were once again put around

Unable to move, isolated, and alone

I began rocking back and forth violently

My intelligent mind going crazy with lack of stimulation

My body, designed to walk for miles a day in the wild

Began to wither and become stiff from lack of movement

And the ground I stood on was so hard and unforgiving

I was often sick to my stomach

From lack of nutritious food

Always lived in fear of my next beating

This was my life

That I was tortured and beaten

So that I could perform for you

That I was denied any basic pleasures in life

So that I could paint pictures for you

That I was denied my rights as a living, breathing creature

So that I could give you a ride on my back

That I was denied love, companionship, and joy

So that I could entertain you

That I was denied friendship and my family

So that you could take a picture with me

And share it with your family and friends later

That this was my life

That I would die here, a shell of my former self

… Would you still want to ride me?

Or go to my shows?

Not to support these things

… Would you fight to set me free?

What will you do now that you know?